The British NeuroPsychiatry Association (BNPA) is the principal academic and professional body for medical practitioners and professionals allied to medicine working at the interface of the clinical and cognitive neurosciences, and psychiatry.

As we leave the “Decade of the Brain” neuropsychiatry has emerged as one of the most exciting and challenging fields in which to work. The BNPA was founded in December 1987 at the suggestion of Dr Jonathan Bird. Professor W A Lishman, the founding Chairman, describes its formation as follows:

“The Association was created to provide a forum for cross-disciplinary discussion of matters of common interest among psychiatrists, neurologists, neuropsychologists and workers in the related neurosciences. All suitably qualified persons with an interest in brain function in relation to behaviour would be welcome to join. For this reason we did not seek formal affiliation with other bodies, such as the Royal College of Psychiatrists, but decided to stand as an independent association. Young members bringing fresh ideas would be particularly encouraged to join, by keeping fees to a minimum and the establishment of appropriate prizes”.

Now this dynamic and growing organisation provides a forum to assist its members maintain and extend their knowledge and skills and to improve the understanding and treatment of people with neuropsychiatric disorders. 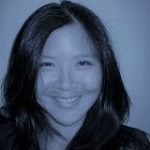 Dr. Valerie Voon is a MRC Senior Clinical Fellow, neuropsychiatrist and senior principle investigator at the University of Cambridge.

She completed her Medical Degree at the University of British Columbia and Psychiatry residency at the University of Toronto in 2002, subspecialising in neuropsychiatry in her final year. She practised as a consultant to 2004 in Toronto during which she set up the liaison service to the movement disorders service. 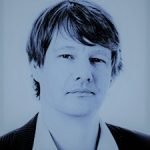 Vaughan Bell is currently a senior clinical lecturer in the UCL Division of Psychiatry and a clinical psychologist at the Maudsley where he specialises in seeing people with neurological and cognitive difficulties in the context of psychosis.

He is shortly to become associate professor in the UCL Department of Clinical, Educational and Health Psychology. Vaughan completed his PhD on the cognitive neuropsychiatry of delusions with Peter Halligan and Hadyn Ellis in Cardiff before completing his DClinPsy at the Institute of Psychiatry in London where he completed his doctoral thesis on experimental models of conversion disorder with Quinton Deeley. His research largely focuses on the cognitive neuropsychiatry of psychosis. 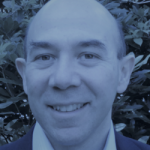 Dr Ghosh has specialist interests in cognitive neurology and atypical Parkinsonian disorders. He is part of the team of neurologists who review patients with complex cognitive disorders as part of the cognitive multi-disciplinary team.

Dr Boyd Ghosh graduated from St. Bartholomew’s and The Royal London Medical School in 2000. He was a Neurology clinical fellow in Frenchay (Bristol) before studying for a PhD in Cambridge in neuroscience, with James Rowe and John Hodges.

He is a consultant neurologist at Southampton General Hospital with an interest in cognitive disorders. He has a particular interest in atypical Parkinsonian disorders. Dr Ghosh has served as treasurer and secretary of the trainees committee of the ABN and is currently meetings secretary for the ABNs’ cognitive special interest group. 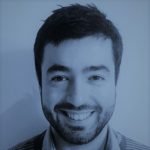 I am a NIHR Clinical Lecturer at the Institute of Psychiatry, Psychology and Neuroscience at King’s College London and a specialty trainee general adult psychiatrist at South London and Maudsley NHS Foundation Trust. My specialist clinical interest is in neuropsychiatry.

I have set up and co-run a joint multidisciplinary clinic dedicated to the assessment and management of patients with confirmed or suspected autoimmune encephalitis and other central nervous system autoimmune disorders, at King’s College Hospital, London. All patients at this clinic are seen jointly by a neurologist and a psychiatrist, an approach I believe is essential to ensuring the best possible patient care. At King’s Health Partners we are embarking on a programme of neuropsychiatrically-oriented research into autoimmune encephalitis, with the aim of improving clinical recognition and outcomes for patients. I am particularly interested in characterising the longer-term psychiatric wellbeing of people with encephalitis.

I have trained in psychology (BA; Corpus Christi College, University of Oxford), medicine (MBBS; King’s College London), clinical psychiatry (MRCPsych; Royal College of Psychiatrists) and clinical neurology (MSc; University College London). In 2015 I was awarded a Wellcome Trust Clinical Research Fellowship to look at the neuroimmunological basis of psychiatric disease, with a particular focus on the autoantibodies known to cause autoimmune encephalitis. In my current work I am using neuroimaging and neuroimmunological methods to characterise the significance of autoantibodies to neuronal surface antigens in early psychosis. My other research interests include the role of infections in psychiatry, glutamatergic abnormalities in psychosis and organic presentations in clinical neuropsychiatry. 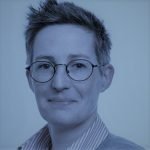 Dr McWhirter completed specialist training in General Adult and Liaison Psychiatry in South East Scotland in June 2018. Her research is primarily in the areas of Functional Neurological Disorders, cognitive disorders, and brain injury.

Dr Norman Poole is a consultant neuropsychiatrist at at George’s hospital, London. He studied medicine in Dundee then moved to London to undertake training in psychiatry at St. George’s. As a new consultant he set up the diagnostic memory clinic and older adults liaison psychiatry services at the Royal London before returning to St. George’s to take up his current post. During training he studied for an MSc in philosophy and psychiatry then an MD(Res) in neuropsychiatry both at KCL/IoPPN. He is engaged in research with an focus on mechanisms of psychopathology and functional neurological disorders. He edits BJPsych Bulletin, sits on the RCPsych paper A examination panel, and cycles as often as his other commitments allow. 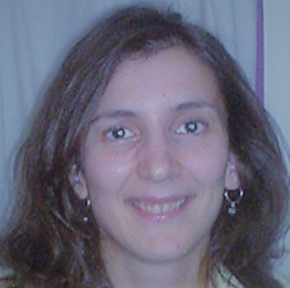 Dr Phillips trained in the UK in Cambridge, London and Norwich. She has a BSc in Pharmacology from Glasgow University and a PhD in Neuroscience (Huntington’s Disease) from the University of Cambridge. During her PhD, Dr Phillips studied the formation of new neurones in the Huntington’s disease brain. She has also collaborated in clinical research into the mechanisms of FND. 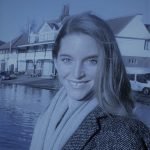 Dr. Camilla Nord is a Research Associate at the University of Cambridge, Department of Psychiatry.

Camilla did her undergraduate degree in Physiology and Psychology at the University of Oxford and her postgraduate degrees in Neuroscience at University College London (UCL), Institute of Cognitive Neuroscience. Her work investigates disrupted neural circuitry in psychiatric disorders using brain imaging and non-invasive neurostimulation. She led an NHS trial testing transcranial direct current stimulation as an adjunct to cognitive behavioural therapy in depression, with Prof. Jonathan Roiser (UCL), and currently works on novel transcranial magnetic stimulation techniques with Dr. Valerie Voon (Cambridge). 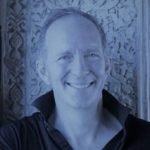 Adam Zeman is Professor of Cognitive and Behavioural Neurology at the Peninsula Medical School.

His research interests focus on memory disorders in epilepsy, disorders of visual imagery and attitudes to the relationship between mind and brain.

He is the author of ‘Consciousness: a user’s guide’ and ‘A Portrait of the Brain’, both published by Yale UP. He was Chairman of the BNPA from 2008-2011. 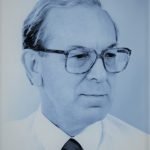 Professor Lishman was the founder chairman of a neuropsychiatry association to stimulate interactions between neurologists, psychiatrists, psychologists and laboratory workers in the neurosciences, which has thrived ever since.

From an early age Alwyn Lishman was intent on being a musician but set this aside and enrolled as a medical student at Birmingham University. He soon found that he had made the right choice. Early on he took an intercalated degree in Anatomy and Physiology in Professor Solly Zuckerman’s department which set the stage for an enduring interest in the brain in relation to cognition and behaviour.

Upon qualifying he spent two years in obligatory national service at the army hospital for head injury at Wheatley near Oxford. There he came under the influence of the neurologist Professor Ritchie Russell and, on obtaining his Membership of The Royal College of Physicians, he was promoted to Junior Specialist in Neurology. On demobilisation he obtained further experience of neurology at The Radcliffe Infirmary in Oxford, also with Professor Russell.

Thereafter he decided to sample psychiatry and was encouraged to do so by Professor Aubrey Lewis at The Maudsley Hospital in London. The decision to write his medical doctorate on records held in the attic of the Churchill Hospital, concerning soldiers who had sustained penetrating head injuries during the 2nd word war, brought him back into contact with neurology and with Oxford in the course of visits to and fro.

After completing psychiatric training he was appointed Consultant in Psychological Medicine at the National Hospital, Queen Square, and later at The Hammersmith Hospital’s Royal Postgraduate Medical School. He then retuned to The Maudsley and joined the consultant staff, ultimately becoming Professor of Neuropsychiatry at the Institute of Psychiatry. His clinical experience in these various settings led to the writing of his major publication -“Organic Psychiatry: The Psychological Consequences of Cerebral Disorder”, initially published in 1978. This was the first comprehensive account of how medical conditions can affect brain function and thereby come to the attention of psychiatrists. It quickly became indispensable to students of psychiatry and neurology alike and firmly established neuropsychiatry as a modern discipline. Two further single author editions followed. The fourth and most recent was updated in 2009 by a group of younger colleagues at the Institute of Psychiatry.

Research was almost an integral part of experience at The Maudsley at the time, not least because of the number of first class trainees eager to work towards higher degrees. He initiated extensive studies of memory including interactions between memory, emotion and personality variables and also investigations into possible anomalies of cerebral organisation in psychotic Illness.

The advent of brain imaging, along with refinements in clinical psychology, brought major new opportunities for research in neuropsychiatry. Efforts were made towards automation of scan analysis and detailed attention given to brain damage in patients with alcoholism and patients with schizophrenia.

During his time at The Maudsley and Institute of Psychiatry, Professor Lishman became an international influence in the field of neuropsychiatry. Locally, he supervised numerous research students and trained many of our present day leading neuropsychiatrists. His wide-ranging travel, to teach and lecture in many countries, brought valuable relationships with colleagues and first-hand experience of recent developments. In addition, he served on the majority of scientific committees and grant giving bodies. During his time on the Neurobiology and Mental Health Board of the Medical Research Council in the 1970s, he argued strongly and successfully for a resurgence of interest into fundamental aspects of research in the dementias.

In the 1980’s Jonathan Bird drew attention to the need for a neuropsychiatry association to stimulate interactions between neurologists, psychiatrists, psychologists and laboratory workers in the neurosciences. This was set up by a small group of friends in 1987 with Professor Lishman as founder chairman and it has thrived conspicuously ever since under a succession of leaders. There are now several such associations in other countries including the International Neuropsychiatric Association, but it would seem that the UK can claim to have produced the first.